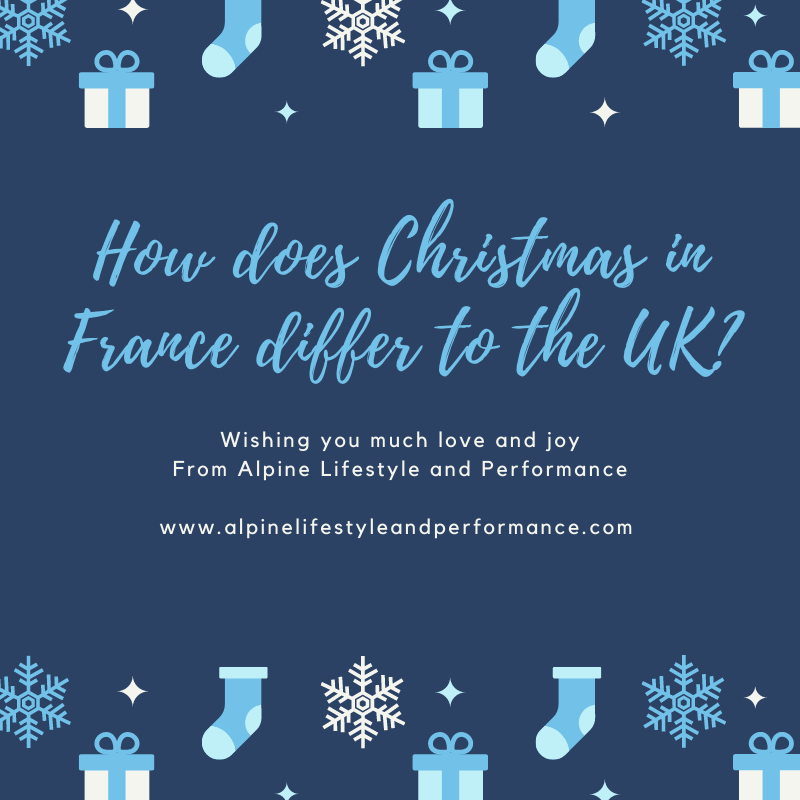 How does Christmas in France differ to the UK?

My eldest daughter lost another tooth last week, which led to a discussion about who was coming to exchange to the tooth for money. Was it the tooth fairy, as per the British tradition, or was it the little mouse (la petite souris), as per the tradition in France? This got me thinking about other slight variations on traditions in France and the UK.  With Christmas looming, I decided to explore the differences in the festive period between these two countries.

In both countries, Christmas has religious roots and is centered around family, friends, food and gift sharing.   Christmas trees and decorations are common in both cultures, although nativity scenes (le crèche) are more common in homes in France as they are a very traditional French Christmas symbol / decoration.

So how does Christmas in France differ to the UK?

8. There is no nativity play at school.  This is because the public schools do not teach religion in France.

9. The French do not celebrate Boxing Day. It is not even a public holiday!

10. Overall, Christmas is less commercial than in the UK, although lavish displays, elaborate decorations and traditions are still in abundance. However, there seems to be less excessiveness around present giving in France compared to the UK.

As a British family living in France, we still follow British traditions, as the childhood magic of Christmas and its associations seem to be engrained in us.  When you live in a ski resort, noticing how Christmas traditions differ between the UK and France isn’t always obvious.  Perhaps this is because a ski resort often has a slightly multicultural feel, with lots of twinkling lights and trees decorated for tourism purposes.  Or perhaps its because Christmas time is one of the busiest weeks of the season.  Many people work everyday of the holidays, including Christmas Day, so amongst all the hustle and bustle observations are overlooked.

Are you are interested in other French lifestyle topics? If so, please subscribe to our blog.  Click the following link if you would like to learn about differences in schooling between France and the UK? Have you noticed any other differences in Christmas traditions between the UK and France, or in any other countries? I’d love to hear about them.